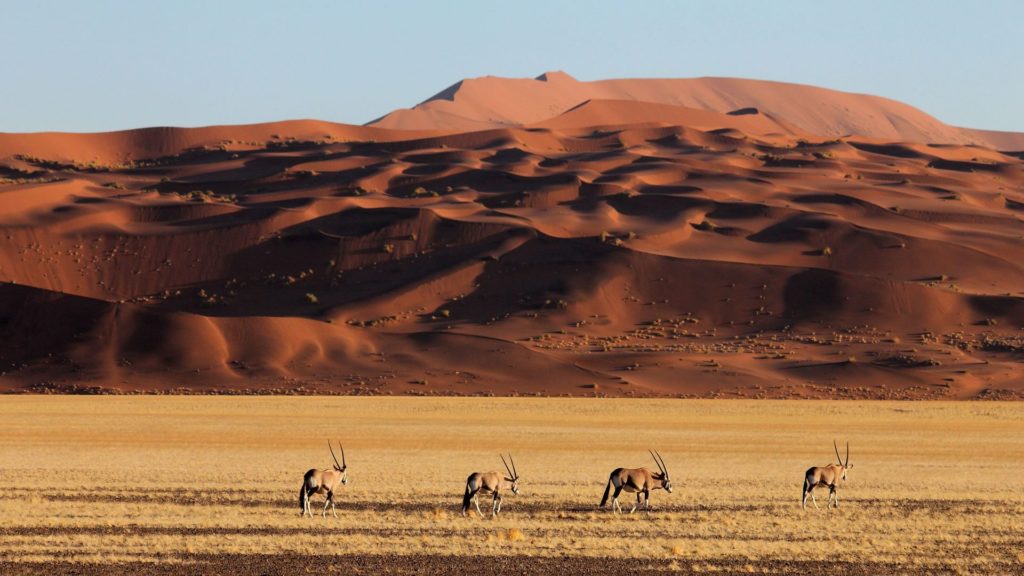 Meeting with a company representative. Sightseeing tour of Windhoek. During this short sightseeing tour you will learn the history of the city, meet women from the Himba tribe. Transfer to the hotel.

Breakfast and transfer through fertile valleys, farms and the Kupferberg Pass to the largest park in Namibia – Namib Naukluf, where the oldest desert in the world is located. Your lodge is located in a picturesque private reserve with numerous animals: antelopes, ostriches, foxes, etc.

Early in the morning you will go on a trip to the world famous Sosusflei desert. The first stop is Dune 45, where you can enjoy a picnic breakfast. Thousands of travelers come to Namibia to see the Death Valley – after a short trek it is in front of you. On the way back – a visit to the canyon Sesriem – dry course 30 m deep. Lunch upon arrival. At sunset, you will go to the marble mountains in the reserve of 25,000 hectares. Dinner on return to the lodge.

Early in the morning 2-hour trip with a qualified guide to the mountains of the national park. Landscapes of the living desert will open before you. Breakfast, relaxing by the pool with magical views of the desert scenery. A safari on the dry bed of the Zondab river, a visit to the fairytale forest of Moringa – this tree grows only in Namibia. You will stop in an amazing place, from where you can see 360 of the Namib Desert. Return on a scenic road, where in the season you can see herds of springbok and Orix antelopes.

Today you will go through the passes of Gaub and Kuiseb to the former German colony, the city of Swakopmund. Swakopmund has managed to preserve the colonial atmosphere, aristocracy and rich cultural traditions.

Boat trip with dolphins, fur seals and pelicans (9: 00-12: 00). After breakfast – transfer to Walvis Bay, where on an open-air catamaran you will go on a sea adventure among pelicans, dolphins and sea lions, who independently jump on board! In season, whales and leatherback turtles can be seen. The tour includes drinks and Namibian oysters.
Tour of Walvis Bay and the dune number 7.
On the way to the hotel, you will have a short excursion around the port town of Walvis – Bay and a trip to the highest dune in the world – Dune No. 7. Swakopmund tour (p / i guide). Founded in 1892 as the main German port city of South-West Africa, Swakopmund received more German fame than German cities. Today, Swakopmund is a resort town, the tourist capital of the Skeleton Coast.

Excursion to the shore of the Skeletons and Cape Cross.
After breakfast, a trip to the Skeleton coast – unrealistic seascapes with the remains of dead ships. The environs of the cape are known as one of the world’s largest rookeries of Cape fur seals.
Overnight at Lodge Twifelfontein.

Excursion to the exotic village of the locals, where you will get acquainted with the lifestyle, habits and traditions of Himba – beautiful and proud people who still live according to strict ancient rules of their tribe.
Moving to Etosha National Park – the largest natural reserve in southern Africa, formed over 100 years ago. Here are 114 species of mammals, 340 species of birds, 50 species of snakes and many exotic plants.
In the afternoon – safari (depends on the time of arrival) – the opportunity to see hundreds of various representatives of the animal world – elephants, giraffes, rhinos, lions, leopards, many antelope species, birds, as well as a unique plant world.

After breakfast, morning safari. New encounters with animals and birds living in the park, watching their life. South African Rangers are highly professional. They know all kinds of inhabitants of the national park, all its roads and secret nooks, animal habits, they can read traces and secret signs, telling about life boiling in savanna or bush. They always try to show you to the maximum what can be seen.
Free time to relax.

– 24-hour Russian-language support during your stay in Africa 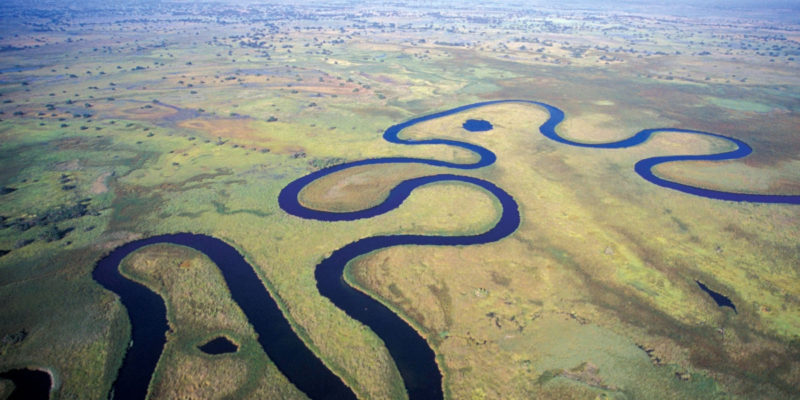 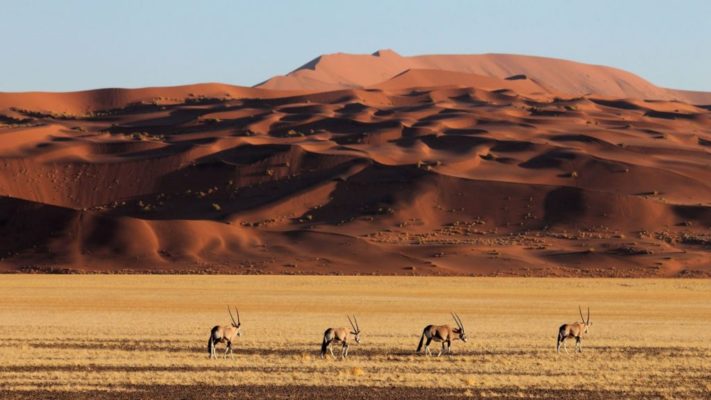 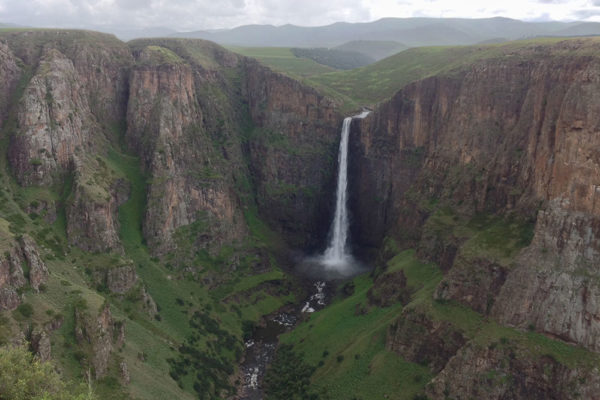 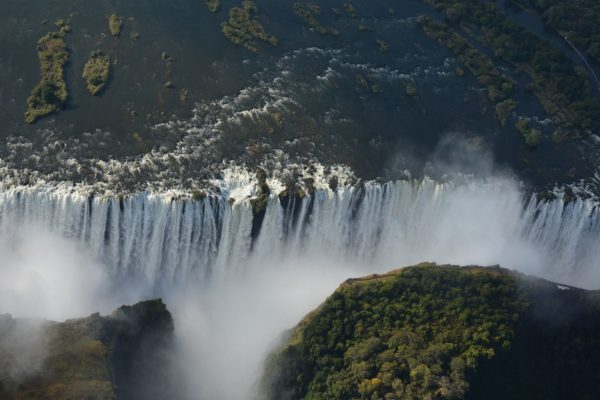